Everyone involved with Charting Your Legacy has a passion for unleashing the message of handling Money God’s way and finishing life well. 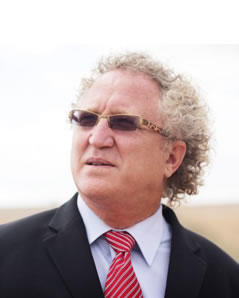 Mario Denton has served as the Compass Director for Africa since 2010. He has earned an MBA, Masters of Economics, and a PhD.

He is experienced in bringing strategic relationships together to build significant growth through collaboration and building trust. Mario is a passionate advocate of Lifelong Learning, Personal Growth and leadership Development with the Haggai Institute.

In 1979, Mario married Mariene and they have three sons, four grandchildren and live in Cape Town South Africa. 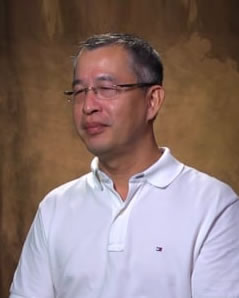 James Sims is the Compass Director for the twelve countries in Asia Pacific including China. His passion is to teach people to handle money based on the principles of the Bible. James earned an MBA from Brunel University and a Bachelor of Theology from Christian Life School of Theology USA.

For 30 years James was a business professional specializing in strategic alliances, partnership management and solutions architect. He focused on the industry segments of consumer electronics, communication, medical devices, safety, security and surveillance devices, for both private and public sectors.

James and his wife of 33 years, Jessie Leong, live in Singapore and have two sons and one grandson. 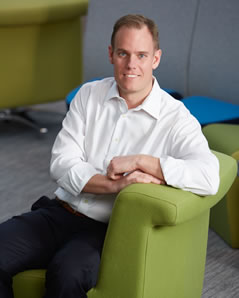 Brandon Sieben retired as President of Allsteel, the largest division of one of the world’s leading office furniture manufacturers, HNI Corporation. For 25 years Brandon Sieben served with HNI, holding multiple executive level positions across both its global and domestic businesses. Brandon holds a Bachelor of Finance from the University of Illinois, and MBA from the University of Iowa. He is married to Deb and they have three daughters. 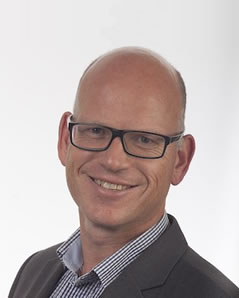 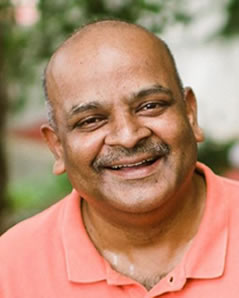 Richard was raised in a vibrant Christian family who still serves orphans, the destitute, and missions. He completed a BA in Indian Philosophy at Madras Christian College, and a Master of Divinity at Asbury Theological Seminary, Kentucky, USA.

Richard enjoys studying and teaching God’s Word, and counsels many. He leads the Compass team that teaches how to handle money God way to individuals, families and churches across India. Richard is convinced that the question of serving God or Mammon (Mathew 6:24) is a constant, critical choice before every follower of Christ.

Richard lives in Madurai, India with wife Annie, a son and four daughters. 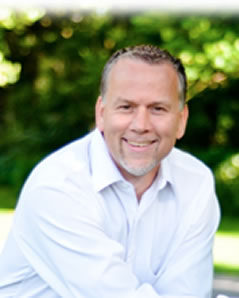 In 2004, Dan became involved in the Financial Discipleship movement. He is a gifted and inspiring communicator who is passionate about engaging the younger generation in learning God’s way of handling money and possessions.

Dan and his wife Cheri have seven terrific sons (Caleb, Joshua, David, Isaac, Jeremiah, Jesse and Noah) and split their time between living in Ohio and Florida. 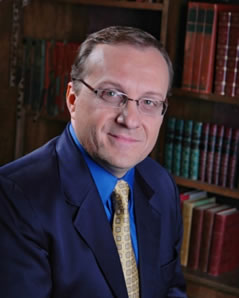 Dr. Andrés Panasiuk is the son of a Ukrainian family, grew-up in a Russian-speaking church, in an Italian neighborhood, in a Latin American country and is married to an American missionary who grew-up in Zimbabwe! His wife, Rochelle, represents the fourth generation of missionaries and church-planters in her family. Andrés is the third generation of ministers.

Andrés and Rochelle ministered for 10 years in one of the most violent Chicago neighborhoods in the inner-city. He also served as the Administrator at the only Spanish-language Christian radio station in the city.

It was out of his experience as a church planter, a Senior Pastor, and a broadcaster that Compass Latino was born. It has become the most influential Stewardship Ministry in Latin America.

Andrés is a writer, teacher and conference speaker. He reaches millions of people through his books, radio programs and conferences.

Dr. Panasiuk has a degree in Communications. He has received two Doctorate degrees honoris causa. He, his wife Rochelle live in Gainesville, Georgia, and they have three children. 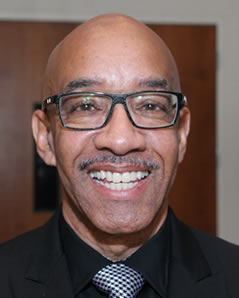 Ken Battles graduated from Alabama A&M University with a B.S. in Computer Sciences. He has a 40+ year diverse career in Information Technology and is currently a Global IT Security Service Manager, representing the Nokia account for Atos, a leader in digital transformation.

Shortly after joining Antioch Missionary Baptist Church of Oviedo in 2007, Ken completed what is now the Compass Navigating Your Finances God’s Way small group study. This led to his full acceptance of Christ as his savior and a calling to draw the urban community closer to Christ and improve their finances. After a one-year mentoring journey with Howard Dayton, Ken launched Compass Urban Stewardship Ministries as an affiliate of Compass.

Ken and his wife Sharon reside in Central Florida where they are involved in raising three god-children. 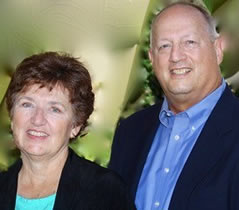 Jon and Evelyn Bean are the founders of Compass Catholic Ministries, a Compass affiliate. In the late 1980s, a business failure and financial struggles produced enormous tension and threatened their marriage.

Fortunately, they participated in the first – what is now the Navigating Your Finances God’s Way – small group study offered in a Catholic church in 1987.

What they learned radically improved their marriage and finances. Within twenty years they were able to retire and become full-time volunteers serving the Catholic community through Compass.

They created an excellent Catholic version of the Navigating study and other Compass materials. Compass Catholic currently serves in more than 30 dioceses and 80 parishes in the United States and in eight countries. 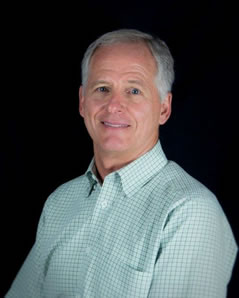 Paul Rahill attended the Citadel and Rollins College. He is the former owner and CEO of Industrial Equipment & Engineering Company, one of the leading designers and manufacturers of specialized incineration and cremation equipment in the world. Paul formerly served as President of Matthews International (MATW), Environmental Solutions Division, a NASDAQ listed company. Paul serves on the board of directors of several ministries. He and his wife, Marcia, have two sons and three grandchildren and lives in the Orlando area. 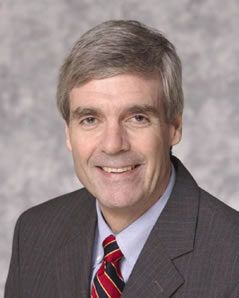 Tim Manor graduated from Brown University in 1971 and from the Vanderbilt Law School in 1974. That year he joined the Orlando, Florida law firm of Lowndes, Drosdick, Doster and Kantor where he currently serves as a Shareholder Emeritus.  Mr. Manor was General Counsel for CNL Financial Group, one of the nation’s largest privately held real estate investment and development companies with more than $23 billion in assets.

Tim Manor formerly served on the board of Crown Ministries and has been active in many Christian organizations. He has been married to Beth for 47 years, and they have two children and two grandchildren. 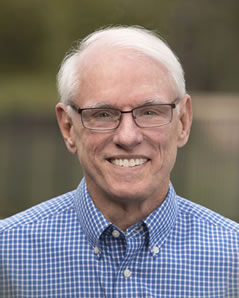 Howard Dayton graduated from Cornell University and served two and a half years as a naval officer. After developing a railroad-themed restaurant in Orlando, Florida, Howard began his commercial real estate development career in 1972, specializing in office development.

After a business partner challenged him to study the Bible to discover what God teaches about handling money, Howard’s life was profoundly changed. The Lord gave him a passion to share these life-changing principles, resulting in the authorship of five books, Your Money Counts, Free and Clear, Your Money Map, Money and Marriage God’s Way and Business God’s Way. He also has authored six small group studies, including Charting Your Legacy.

Howard founded Crown Ministries in 1985 which merged with Larry Burkett’s ministry in 2000 to form Crown Financial Ministries. During his tenure as CEO, Crown taught more than 50 million people in 88 countries. Howard transitioned from Crown and in 2009 founded Compass—Finances God’s Way. Compass currently serves in 85 countries. Since beginning in ministry, he has served as a full-time volunteer.

Howard married Beverly in 1971 and they had two children and four grandchildren. Beverly went Home to be with the Lord after a courageous five-year journey fighting breast and bone cancer. Howard married Lynn in 2019. They reside in Central Florida and Charleston, South Carolina. He has led more than 75 financial small groups. 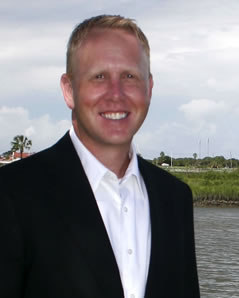 Kyle Hasbrouck graduated from Flagler College in 1997 with a B.A. in communications. He served on Young Life staff for eight years as a Church Partner and as the Area Director in St. Augustine, Florida. Kyle joined Crown Financial Ministries and from 2004-2010 served as the Area Director for Northeast Florida, the District Director of Florida and Georgia and later as a Development Officer for the Crown home office.

Kyle transitioned to Compass-Finances God’s Way in 2010 and currently serves as the COO for the Compass Global Alliance and Compass North America. He co-authored the digital Give, Save and Spend studies for high school and college age students. Kyle is married to Danielle, and they live in St. Augustine, Florida with their two children.